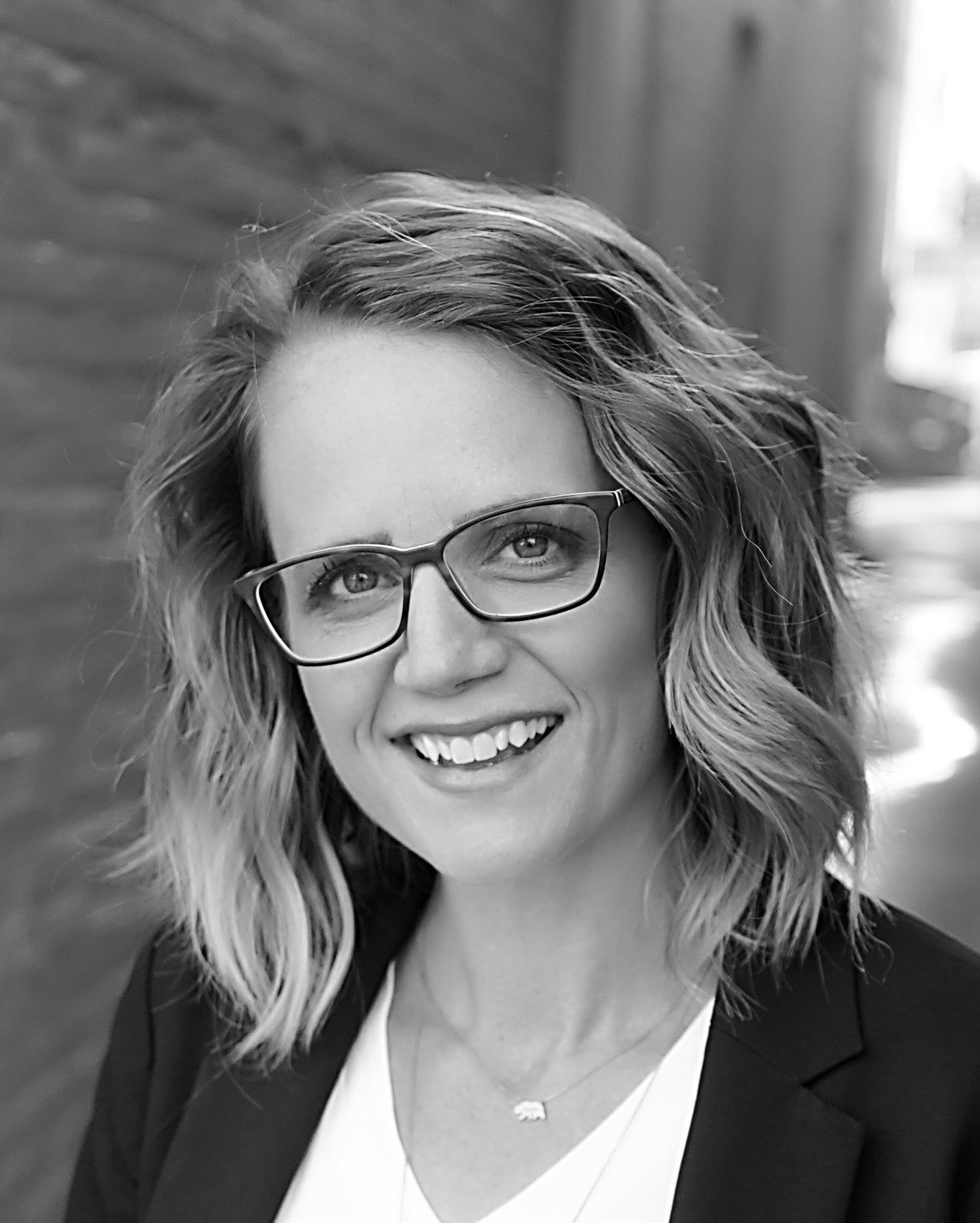 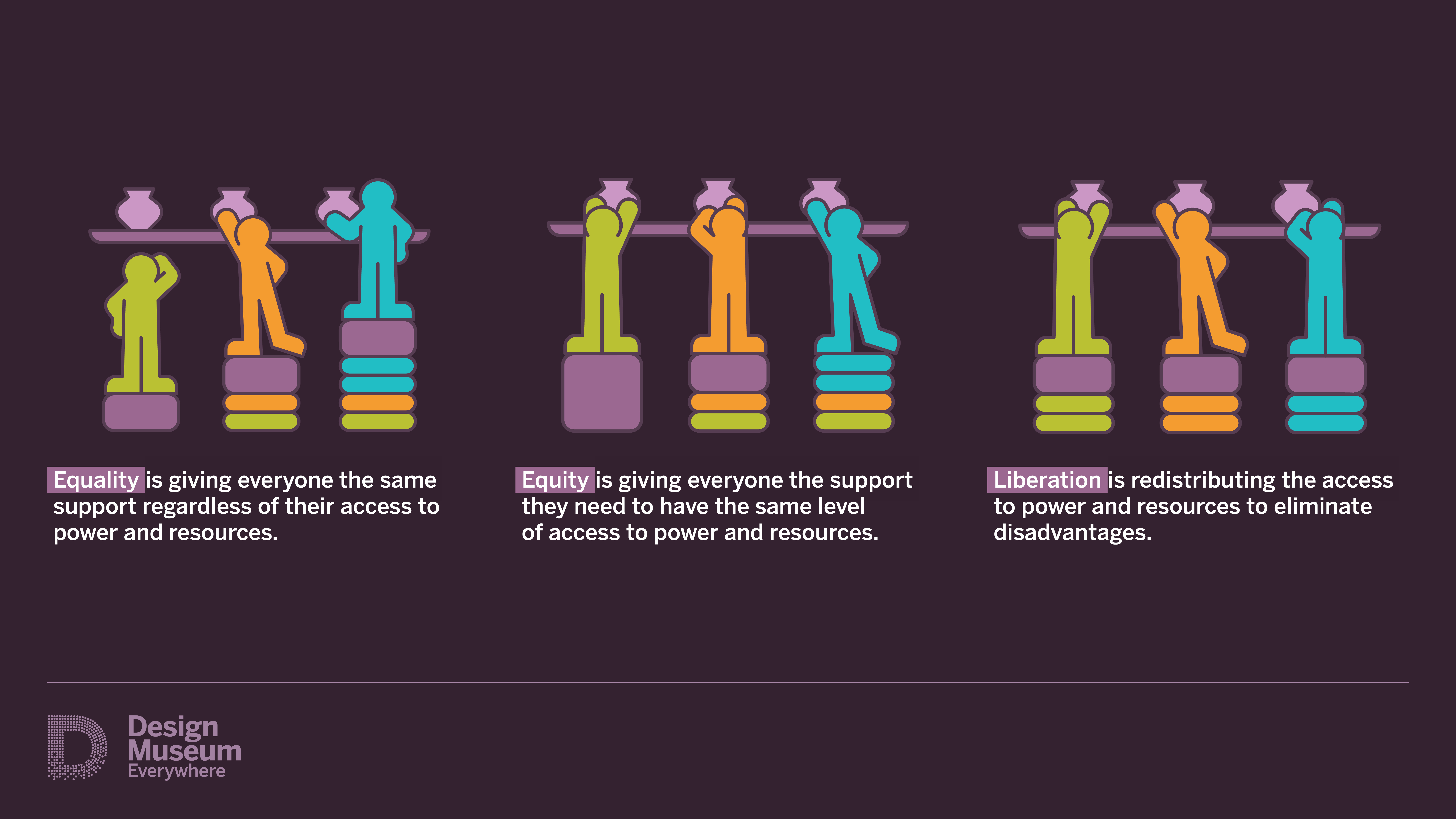 “In the end, it’s not about finding policies that work; it’s about forging consensus, and fighting cynicism, and finding the will to make change.” Former president Barack Obama shared these enlightening words at a 2016 memorial service for the five police officers killed during a Dallas protest for two black men killed by police. And while we easily could hear an echo of these words in a speech given today, they were spoken four years before George Floyd died in police custody — a time gap that demonstrates how little has changed and how dramatic the need is to shift words into actions that resonate.

February marks Black History Month and serves as a great reminder that the forward-moving action sparked from Floyd’s death eight months ago must continue. But let’s be sure we’re clear on one thing: Floyd’s death affected two groups very differently. For members of privilege — whether based on race, class, ability, or sexual orientation — it was a spotlight on a problem not often highlighted in everyday life. It was like a wake-up call that said, “Hey, these things are happening; maybe it’s time to pay attention.” But for people of color (POC), it was yet another tangible example of the realities of their day-to-day lives. This wasn’t new or even unexpected. But perhaps it was novel in that it garnered the media attention merited by the actions taken. So regardless of which group you were in, for the first time in a long time, people were talking about the importance of diversity and committing to make change.

For the design industry, these conversations shed light on the vast underrepresentation of POC in the workforce. According to the 2019 U.S. Census, only 60.1 percent of those who live in the U.S. identify as White alone, whereas 13.4 percent are Black or African American alone — and 26 percent self-report as Hispanic, Asian, biracial, or other ethnicities. Yet, as of 2017, 72.7 percent of designers of all disciplines are White (non-Hispanic), and only 4.84 percent are Black.

We, as a collective industry, must acknowledge that change is not just about bridging that gap or meeting affirmative action quotas. Real change will occur when we adapt an equality mindset that allows for those from diverse backgrounds to succeed.

So we sat down with Design Museum Everywhere, a forward-looking nonprofit organization that engages with real-world problems and commits to using design to drive change, to understand what equity means and how we can turn the word into an action. Equity is giving everyone the support they need to have the same level of access to power and resources. This differs from equality, which provides everyone with the same support regardless of their access to power and resources — meaning that often, in an equitable policy, some group identities receive more active advocacy to correct for systemic inequities.

Sam Aquillano, founder and executive director of Design Museum Everywhere, puts it best: “Good design is not possible without equity and diversity. Design is for everyone, yet when I was looking at my design roles in the early years of my life, I realized that most of it was being done by white guys like me. So, for design to truly be for everyone, it must be done by everyone.” Together with Diana Navarrete-Rackauckas, director of learning and interpretation for Design Museum Everywhere, he shared with us a list of tangible ideas to make this vision a reality for the industry.

We can’t be what we can’t see. So let’s see what success looks like for POC.

Young architects and designers often like to imagine themselves in their role models’ shoes. But when those designers don’t look like you, it becomes hard to imagine. “These young designers can’t be what they can’t see,” notes Navarrete-Rackauckas. “When aspiring designers of color see successful examples of architects and designers that look like them, it puts a permanency to their dreams. Through our We Design Exhibition Conversation Cards, we bring together creatives from different backgrounds to examine and celebrate the range of career paths and applications and their impact in design.” 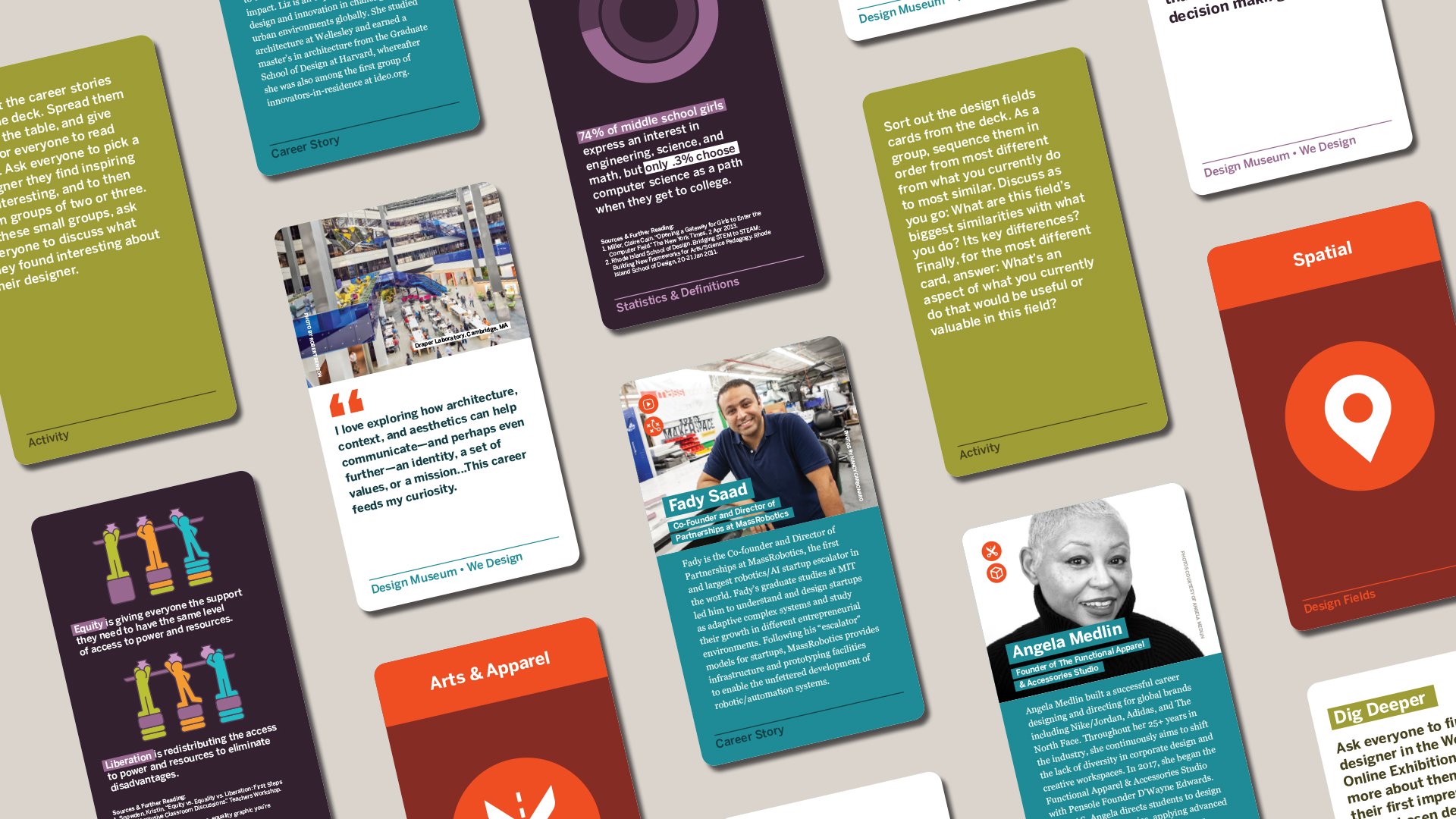 Cards like these showcase the contributions of architects and designers from diverse backgrounds. Image source: Design Museum Everywhere.

Simply put, these trading card–like designs showcase successful designers and architects from different backgrounds, in terms of race, gender, ability, and sexual orientation. And while this is just one way to showcase success by diversity the same notion can be applied without the cards, by celebrating the talents and accomplishments of designers of color within an organization, or outside of it.

Get to the root of the problem.

Aquillano shares the following relatable example: “I talk to many firms that think they are doing a great job, because they are increasing their hiring of people of color. But when I speak with them months later, several of those new hires leave. What we’re seeing is that improved hiring practices are great, but they are just a first step. You must have a cultural shift that makes all feel welcome and equally able to contribute.”

This sentiment aligns with ThinkLab research, highlighted in its recent Design Nerds Anonymous podcast on diversity, which suggests that while 6 percent of design students are Black, only 5 percent are practicing designers. That means there is a drop-off somewhere in the transition from student to professional, and we need to identify why it’s occurring.

According to Navarrete-Rackauckas, getting to the root of the problem allows designers to do what they do best: “We need to do our research, figure out what is going on, and find a solution with different approaches to solve it. Many times, that starts by looking at your leadership team and identifying gaps. Missing Black or Latino representation? Or representation for people with disabilities or maybe people of different sexual orientations? Bring in an expert in those areas to consult on the best strategy.”

She continues, “What’s more, a lot of people see this as an auxiliary thing, where they need to create a committee of existing staff and fix the problem in tandem with their existing workload. But if we assign this cultural shift as we would any other project, we see better successes. That means doing our research and bringing in experts when there is a gap in understanding — just like we would with any other project. Then, dedicate long stretches of time to make sure the project is successful. It’s not a one-and-done approach.”

An example of this education can be seen through programs like Design Museum Everywhere’s Diversity in Action, where participants learn why diversity, equity, and inclusion creates better design and business outcomes and how to build and foster diverse teams. Or your organization can start with reading up on this list of diversity-related publications.

As for the future of diversity, Navarrete-Rackauckas would like to see a workforce that hasn’t just learned about equality but also has adopted it as common practice. She shares, “In ten years, our youngest high schoolers will be at the beginning of their careers. It will be a full cycle of people learning about design and hopping into the workforce. Right now, there is a ton of work being done in education, but what I want to see is the workplace cleaned up so those students walk into a workforce where they are working in equitable firms that allow them to thrive.”

Amanda Schneider is President of ThinkLab, the research division of SANDOW. At ThinkLab, we combine SANDOW Media’s incredible reach to the architecture and design community through brands like Interior Design Media, Metropolis, Luxe, and Material Bank with proven market research techniques to uncover relevant trends and opportunities for the design industry. Join in to explore what’s next at thinklab.design/join-in.

Stay updated on our latest articles, digital seminars, and ways to get involved. 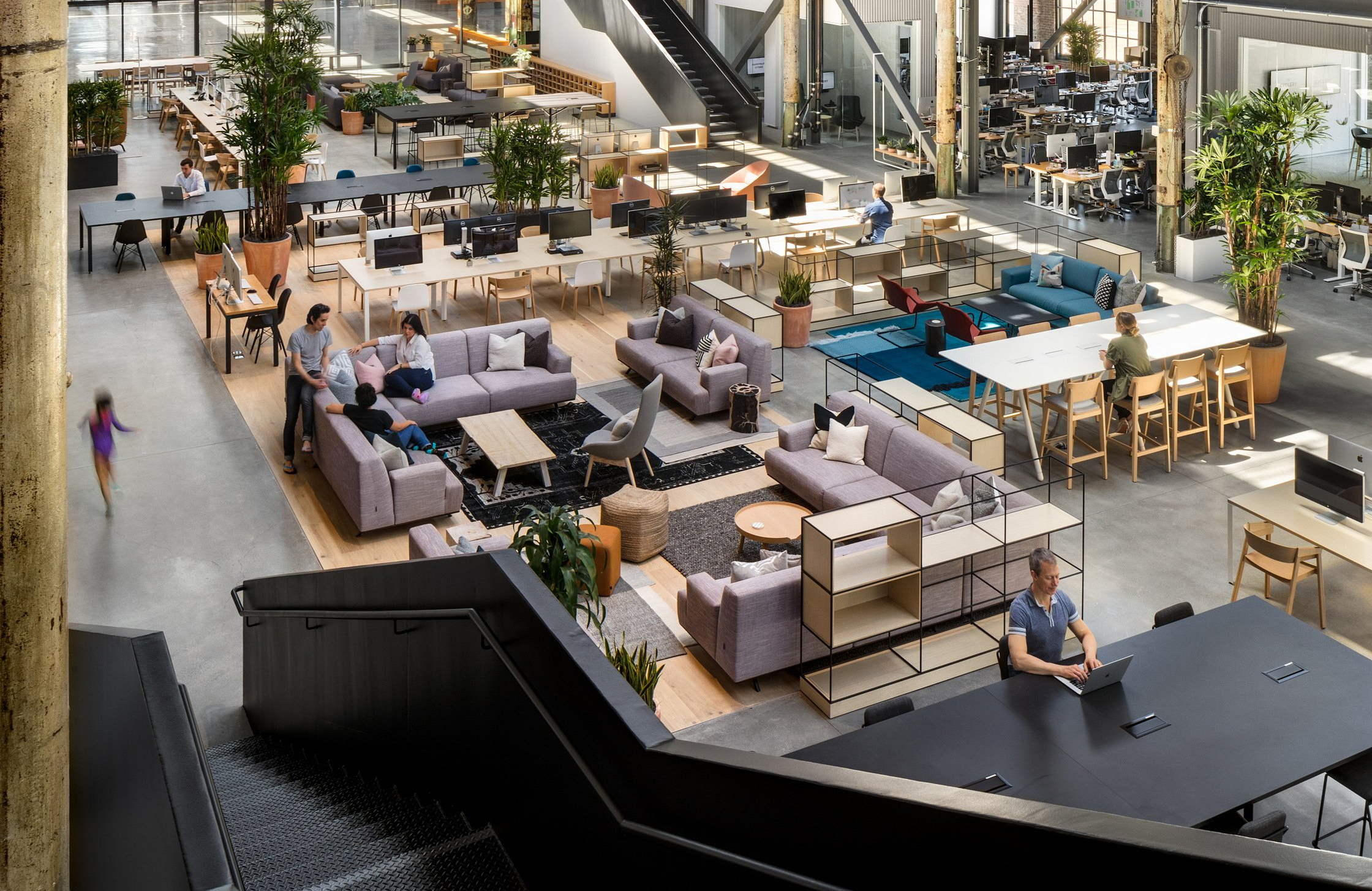 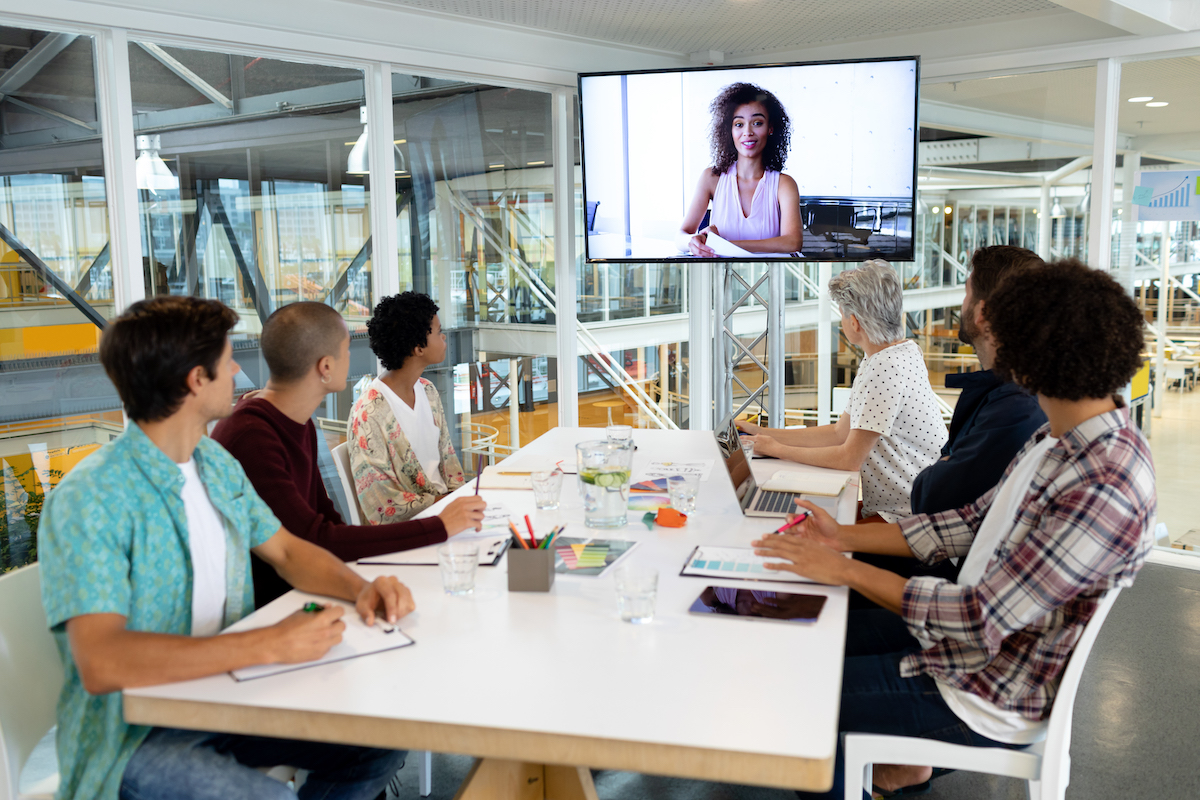 3 Ways to Create Digital Equity in a Hybrid Workforce

3 Ways to Create Digital Equity in a Hybrid Workforce Experts suggest that nine out of ten...
Read More »
August 11, 2021

Where Are We Now? Revisiting Our 2021 Bold Predictions for the Design Industry

Each December, as the year winds to a close, we begin to reflect on the happenings of the year and...
Read More »
December 09, 2021